Bonds Are Flashing a Warning… But Stocks Are Ignoring It

The financial markets are now rapidly running out of liquidity.

The Fed will withdraw $50 billion in liquidity from the financial system this month via its Quantitative Tightening, QT, program. This is the largest liquidity withdrawal since the 2008 crisis.

The Fed is not the only one.

And finally, the Bank of Japan, is ALSO halving its QE program for long duration bonds this month.

Put simply, the three most important Central Banks are either actively withdrawing liquidity from the system (the Fed) or rapidly cutting their liquidity pumps (the ECB and BoJ).

Small wonder then that the bond market is starting to blow up, as the single largest buyer of sovereign bonds (Central Banks) shift from net buyers to net SELLERS of debt.

Yields on Germany’s 10-Year Bunds are breaking out. 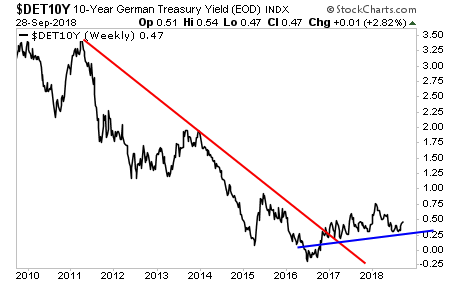 So are yields on Japan’s 10-Year Government bonds. 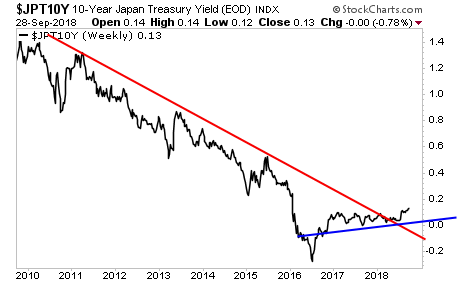 And worst of all, yields on the all-important 10-Year US Treasury bond are breaking their multi-decade downtrend. 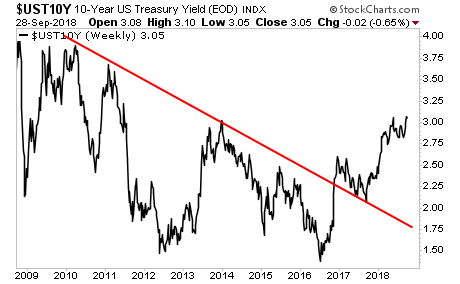