Jerome Powell has made a truly staggering admission…

That admission is that the Fed is going to “hike rates until something breaks.” And when I say “breaks” I don’t mean stocks fall 5%; I’m talking about a full-scale crisis like 2008.

If you think I’m being dramatic here, consider that Powell explicitly stated this during a Q&A session follow the Fed’s last meeting.

When pressed for what would be considered “significant” Powell indicated something that would impact “consumption” AKA consumer spending.

What is Powell saying here?

Fed Chair Powell is stating that the Fed won’t stop hiking rates unless stocks collapse for a prolonged period to the point that it impacts consumer spending.

We’re not talking about a garden variety stock market correction here, we’re talking about a financial crisis or some other event dramatic enough that it caught the attention of the average American and made him or her change his or her spending plans.

In picture form, Jerome Powell won’t even bat an eye at drops like these: 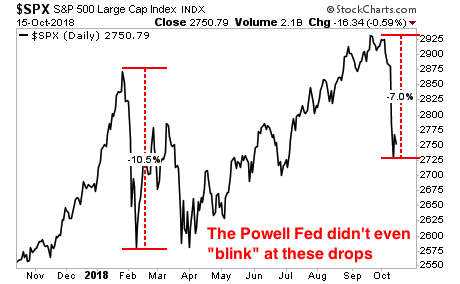 He’s going to hike rates until stocks do something like this: 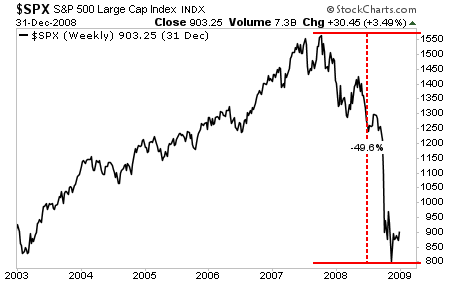 The Fed is going to hike until something BREAKS. And that “something” is the Everything Bubble.