The Bounce is Over…Now Comes the Bloodbath

Monday’s rally was PURE manipulation. Nothing else.

The financial media will attempt to spin this as being caused by “fundamentals” but if you’ve been trading the markets for any significant period of time, you know that options expiration week is THE week for Wall Street the shred those who sell calls.

If you don’t believe me… consider the following.

Again, this is all trader games based on the fact that it’s options expiration week. From a purely technical perspective, the S&P 500 has retraced 38.2% of its initial drop (a classic Fibonacci move). We might get a full 50% retracement, but then stocks are in SEROUS trouble. 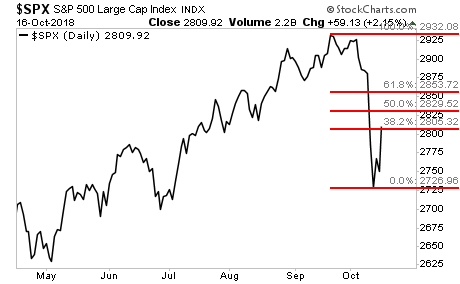 The key for monitoring this is the High Yield Credit ETF (HYG). This ETF has lead the S&P 500 during its recent moves (it even bottomed before the S&P 500 on this recent bounce). 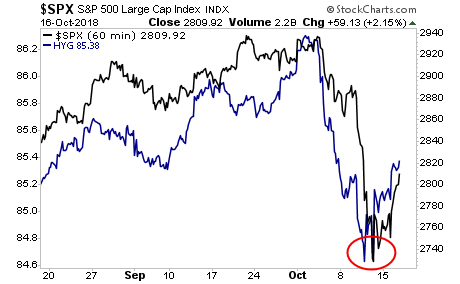 As soon as this ETF rolls over… stocks will collapse.

Currently our model suggests this will begin by the end of the week, with stocks then falling to test 2,700 shortly thereafter.