Yesterday’s bounce was yet another example of why bear markets are so difficult to navigate. Everyone is so excited that President Trump might be able to cut a deal with China… that they’re buying stocks without looking at the BIG PICTURE.

And it’s going to cost them

The BIG PICTURE is that a trade deal with China is not important for the financial system.

The fact is that for 10 years the financial system was controlled by Central Banks. Whether we’re talking about sovereign bonds, corporate bonds, municipal bonds, and yes, even stocks, Central Banks were directly involved in that asset class via monetary policy.

The idea that this could END and the financial system wouldn’t experience a MASSIVE drop in asset prices is ludicrous. It would be like flying in an airplane and expecting that you will maintain the same altitude with only one engine.

And the markets KNOW IT.

If you don’t believe me, consider that the S&P 500 has formed a CLEAR Head and Shoulders topping pattern. 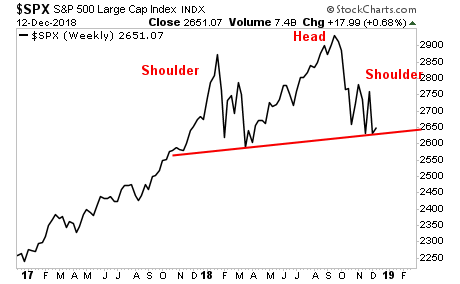 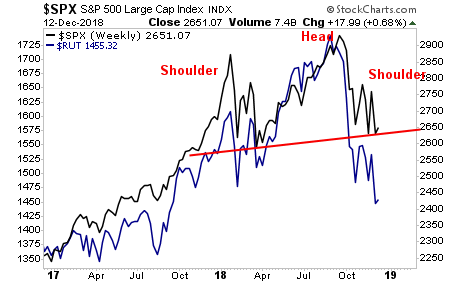 Now consider what Housing, which is CRITICAL to the economy, suggests is the REAL state of affairs. 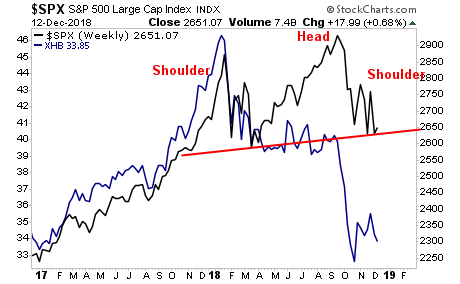