Growth is Gone, the Bull Market is Over, Next Comes the Crisis

As I keep warning, the global economy is rapidly moving into a recession.

If you don’t believe me, consider that in the last two weeks, the following have been announced…

2)   China’s manufacturing PMI fell into outright contraction below 50. Car sales were negative for the first time in two decades. And Chinese exports fell 4.4% year over year.

3)   German Industrial Production fell 1.9% month over month and 4.6% year over year in November: the biggest drop since 2009. Real-time GDP trackers show the largest EU economy is already in a recession.

4)   US manufacturing ISM dropped sharply from 59% to 54% (not yet in contraction mode, but rapidly approaching it).

So we’ve got everything from airlines to big tech to chocolate producers and paint manufacturers warning of a slowdown.

This is the slowdown that stocks began to discount in October. 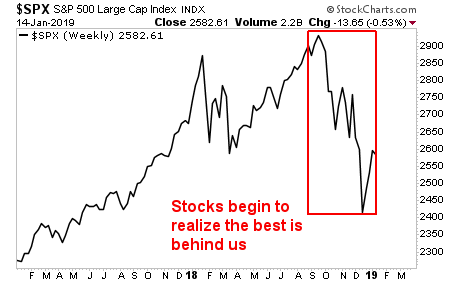 Unfortunately it’s not over either. If you look at the long-term charts, it’s clear the market realizes that the credit cycle has turned and we are moving into a recession/ crisis. 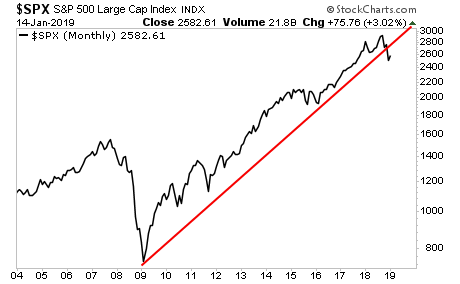 The last two times this happened, a crisis hit within three to six months. 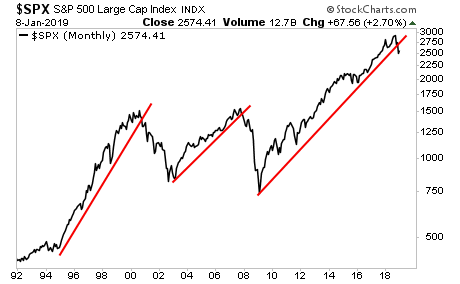