The Fed Won’t Be Able to Stop What’s Coming

While the media focuses on the political hot topic du jour, major corporations are telling us that a recession is fast approaching.

By the way, the estimates that many of these companies are missing were LOWERED just 30 days ago… so things have worsened since then!

This is why the Fed’s decision to cave on its hawkishness is NOT a good thing. The Fed knows that the economy is crumbling as we write this. And the decision to halt rate hikes and talk about changing the pace of QT is VERY different from cutting rates and engaging in QE.

Put another way, those who believe the Fed can stop what’s coming are in for a rude surprise. 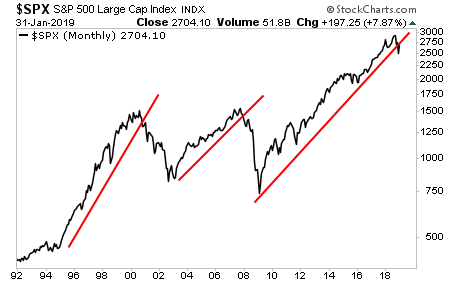