A Wealth Tax is Coming to Main Street

Despite all the political divisive, the fact is that the US political elite are really interested in just one thing… 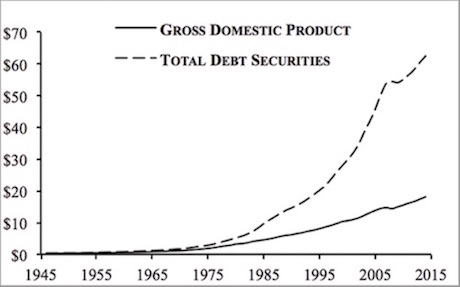 This is a chart showing the total debt in the US relative to its GDP. For the political class, the top line represents the ability to spend, while the bottom line represents what can be taxed.

The problem here is obvious… the spending is far outpacing what can be taxed. Which means, the political class will need to come up with new, innovative means of getting access to capital.

This will include wealth taxes, cash grabs, and more.