The Fed just confirmed what I have been claiming for years… that the financial system is now in an Everything Bubble, which the Fed will NOT be able to normalize.

In the aftermath of the 2008 crisis, the Fed attempted to create a bubble in the US Treasury market via Zero Interest Rate Policy (ZIRP) and Quantitative Easing (QE) programs.

The problem this of course is once it has done this, the Fed will NEVER be able to normalize interest rates because the entire financial system is now addicted to extraordinarily low rates.

Kaplan is here admitting that the US corporate space is now MORE leveraged to the real economy than it was in 2008. As a result of this…

Again, a Fed President stated point blank that the Fed is aware that the entire US financial system is one gigantic leveraged bet on low interest rates… and as a result of this, the Fed is DONE with normalization.

Unfortunately for the Fed, the bond market is breaking down again. Junk Bonds, the riskiest sector of the corporate bond market, is about to break its rising wedge formation. 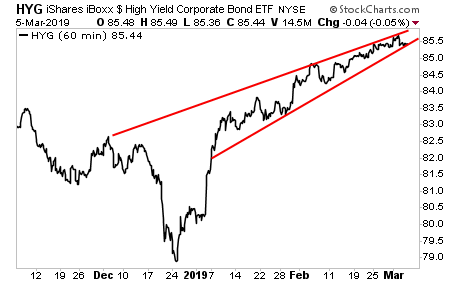 This is telling us that the next leg down is about to hit. If you’ll recall it was Junk Bonds that peaked first and then lead stocks to the downside during the October-December meltdown in 2018. 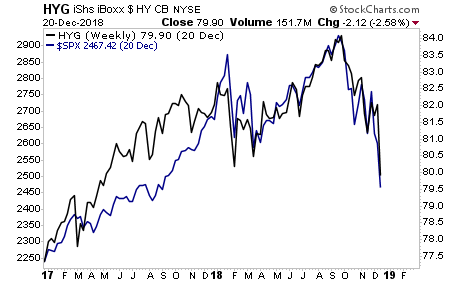