1)   It cannot normalize policy EVER without blowing up the Everything Bubble/  financial system.

2)   The Fed is well behind the curve when it comes to dealing with the next downturn.

Regarding #1, we’ve had some developments in the last week.

On Monday, Dallas Fed President Robert Kaplan published an article on one of the Fed’s websites outlining the risks to the corporate bond market.

Kaplan is here admitting that the US corporate space is now MORE leveraged to the real economy than it was in 2008. He notes, that as a result of this, the US economy is MUCH more sensitive to interest rates. 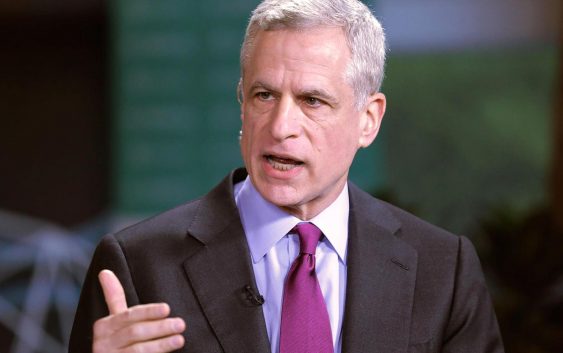 In January I suggested this was the primary reason why the Fed made such an abrupt U-turn regarding monetary policy. It’s truly extraordinary that a Fed President is confirming this in public.

Remember, the primary mandate of the Fed is to maintain financial stability. This inherently means downplaying risks/ potential threats to the financial system/economy. So as much as you or I would like the Fed to be bluntly honest, the fact is that the Fed has to sugarcoat things to avoid panics.

With that in mind, the above admission by Fed President Kaplan is BEYOND extraordinary. Here we have the head of a regional Federal Bank admitting on record that the financial system, specifically the corporate bond market, is now MORE leveraged than it was in 2008 as direct result of Fed policy.

Even more astonishing for a Fed official, Kaplan is admitting that the US economy is now much more sensitive to interest rates. Put another way, the entire US economy/ financial system has become one gigantic bubble that requires extreme monetary policy (extraordinarily low interest rates) to NOT blow up.

This is literally the definition of the Everything Bubble.