Enjoy the Rally While It Lasts, But Don’t Be Fooled About What’s Coming Next

Central Banks have created the single most dangerous environment possible…

That is the environment in which the economy is weakening, but investors are pouring into risk assets based on hopes that Central Banks will engage in more stimulus.

Will the outcome be different this time?

In the near-term, traders will gun the market to new all-time highs. We’re too close for them not to. And until institutions start selling in droves again, we’re in a “trader’s games” market. 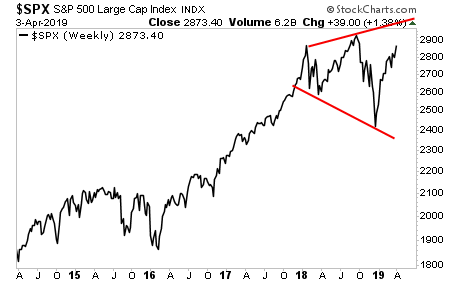 The bigger issue is what comes after that breakout to new all-time highs.

And THAT is where you need to be worried.

Since 2015, this trading system has produced average annual gains of 41%

I’m not talking about a 41% gain on a single trade… I’m talking gains of 41% per year on the ENTIRE portfolio.

The bond market typically predicts disaster long before stocks “get it.” We saw this in 2008 where bond yields rolled over to new lows while stocks continued to rally… right up until the CRASH… 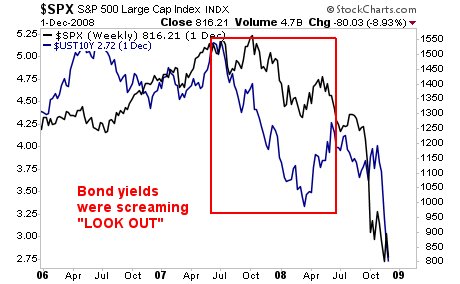 …And they are doing it now too. 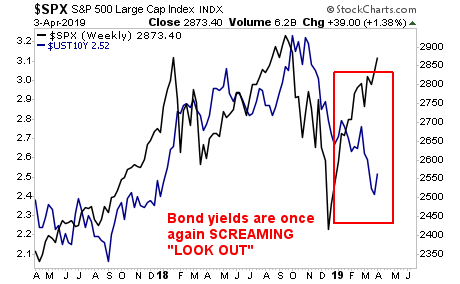 So enjoy the rally while it lasts, but don’t be fooled. What’s coming won’t be pretty. And if you’re interested in profiting from it, the time to prepare is now.