Is the Stock Market Rally a Complete Fraud? Let’s Take a Look…

Do you know Harry Markopolos?

At a time when everyone, including the most elite analysts on Wall Street were buying into the hype, Harry knew better… and he did something about it… he talked.

You can learn a lot from people like Harry… people who see things for what they truly are and are willing to go against the crowd.

When asked how he knew that Madoff was a fraud, Harry stated that he saw Madoff’s performance was going in a near perfectly straight line upwards.

As Harry put it:

“You just don’t get straight lines in finance.”

If you see a straight line in finance… it’s a fraud.

I’ve been thinking about Harry’s quote a lot lately… especially when I see charts like this: 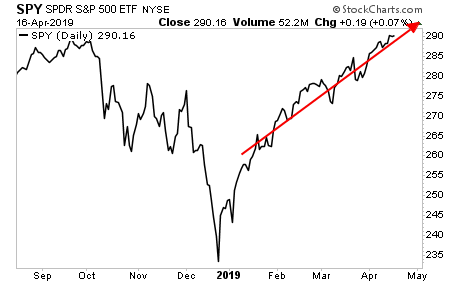 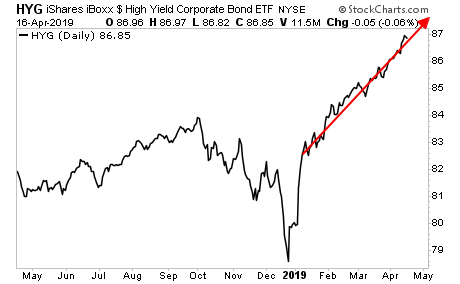 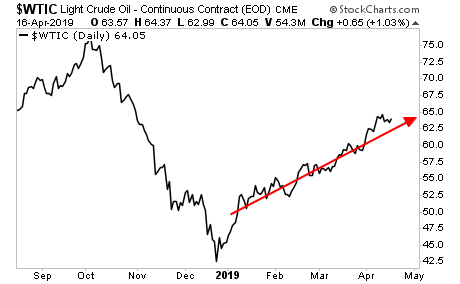 Isn’t it a little strange, that the single most important asset classes for reflating the financial system (the S&P 500, junk bonds, and oil) all moved in straight lines in the three months after the market “bottomed” in December?

Isn’t it odd that these straight lines started around the time the Treasury Secretary called the Plunge Protection Team… and told the entire world he was doing it?

Isn’t it odd that every single time the market comes close to breaking down, “someone” suddenly puts in a massive “BUY” order to prop things up?

If you’re like me…you probably find it very odd indeed… you might even suspect there is a reason that things are being held together while a campaign is underway to push for cash grabs, NIRP and even wealth taxes in the US.

Would a stock market that is up a massive amount mean larger pools of capital that the Fed and others can seize and then use when things get ugly?

Is this actually all just one gigantic trap?

We think it is…