Stocks rallied Based on Hopes of Liquidity, Not Growth… and the Fed Won’t Ease

The Fed needs a reason to cut rates.

The Fed has obviously laid the ground work for a rate cut by hinting at easing… but with the “official” GDP numbers at 3.2% and inflation under 2%… the Fed doesn’t have a clear reason to ease just yet.

It will soon… and that reason is going to be a stock market collapse.

We are getting clear signals that the global economy is rolling over. Copper, perhaps the most economically sensitive asset in the world, has collapsed. Check out the divergence between Copper (blue line) and Stocks (black line). 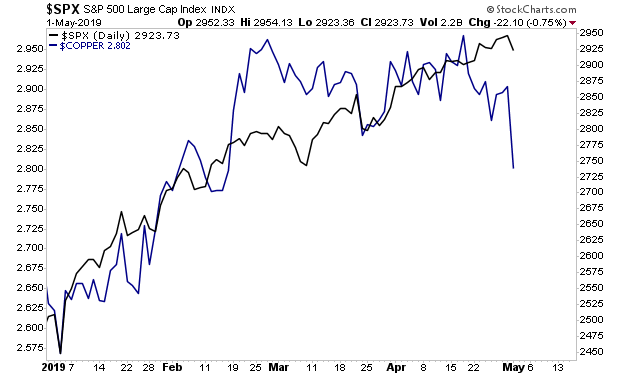 The divergence is even larger between stocks and bond yields. Remember, bond yields trade based on economic growth. Based on the below chart, the entire move in stocks since the December low was based on hopes of easing/liquidity from the Fed, NOT economic growth. 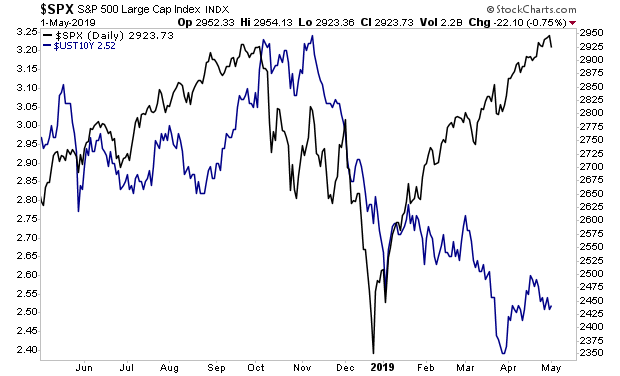 Stocks are in for a MAJOR surprise.

And when that surprise hits, it’s going to be too late for investors who weren’t paying attention. While everyone was distracted by the stock market, the Fed has been implementing plans to completely annihilate capital once the next downturn hits.