Buckle Up, We Have Just a Few More Weeks Before We Visit the Lows

It all makes sense now…

Over the last few months, the Fed has been preparing the markets for another round of easing. During that time, Fed officials suggested:

None of this made any sense… the US economy had weakened in the last few months… but not NEARLY enough to warrant the Fed talking about extreme monetary policies such as these.

Last night, President Trump revealed what was really going on… 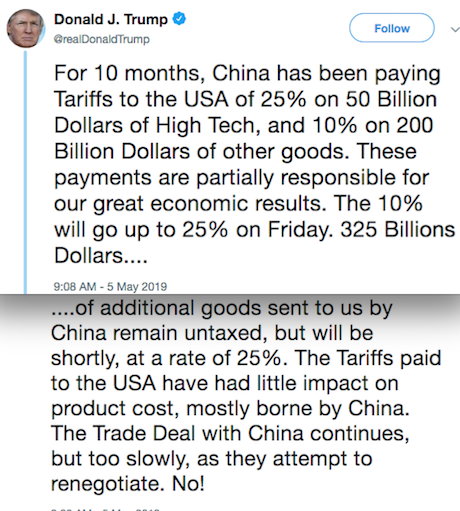 In simple terms, the China Trade Deal is dead.

The US/China might engage in a few more weeks of negotiations, but the fact is that the US’s and China’s economic interests are completely at odds…

Any trade deal that would actually address the structural issues between the two economies (IP theft by China, Tech theft by China, opening China markets to US interests) would collapse China’s economy in short order.

With that in mind, the markets are waking up to a bloodbath this morning… and it’s only going to get worse.

The S&P 500 has broken its rising wedge formation. 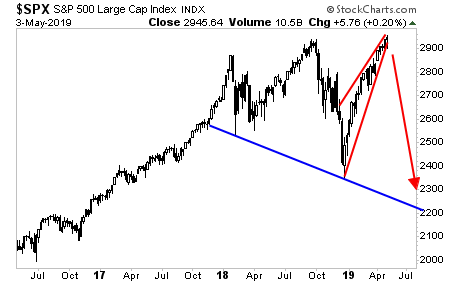 And that’s just the start….

On the long-term chart, stocks were rejected RIGHT at the former bull market trendline. The bull market is over. 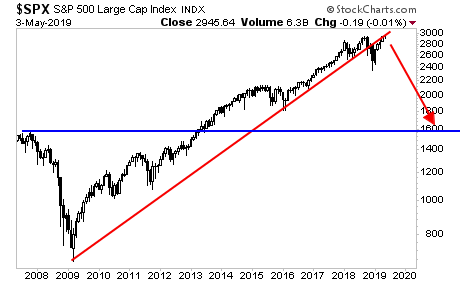 And that’s when the real mess begins… The Fed ramped stocks as hard as it could while it implemented a plan so nefarious, it could only get away with it while investors were distracted by a roaring bull market.