Now Comes the “Depression” Stage For the Markets

Earlier this month I noted that the market is following the five stages of grieving regarding the US/ China trade deal. Those stages are: denial, anger, bargaining, depression and acceptance.

The “denial stage” was most of April… when it was plain as day a trade deal was not coming… but stocks kept holding up… that is represented by the blue square in the chart below.

The “anger stage” started with a vengeance in May… when the market entered a multi-week drop. That stage is represented by the red square in the chart below.

The markets have been in the “bargaining” stage over the last two weeks… as they waver back and forth with the hope that somehow the US and China might be able to come to an agreement. That stage is the green square in the chart below… 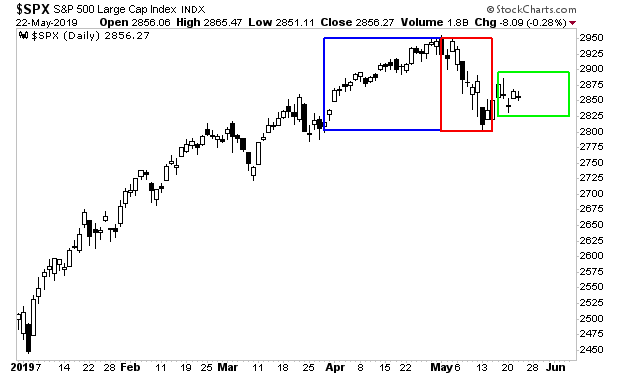 Which means… next up is the DEPRESSION stage… as the markets realize it’s GAME OVER. 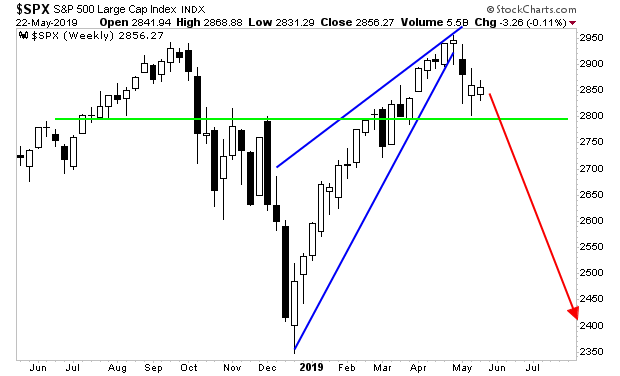 That move is about to hit…

As I write this, there are only 3 copies left.