The Powers That Be are terrified of what’s coming

If you’re unfamiliar with the FSOC, it was formed after the 2008 crisis… and is charged with stopping another similar crisis from hitting.

This group involves top officials from the Federal Reserve, the FDIC, the SEC and other groups… all charged with holding the financial system together.

My question to you is…

Why is the group responsible for stopping another 2008 happening meeting when stocks are a mere 7% off their all time highs? 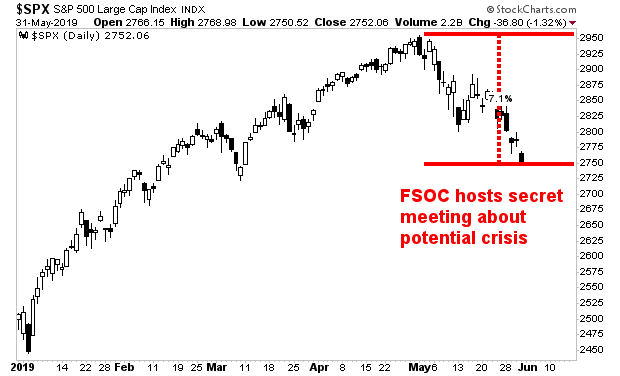 The answer is simple… because they realize the bubble is bursting… and are frantically trying to get out on front of what’s coming..

The concern is that if the economy falters, loan losses would climb dramatically and other companies would be more likely to default on their outstanding bonds.

Minutes from the Financial Stability Oversight Council’s March 6 meeting, released Thursday, show that Ted Berg, a Treasury Department researcher, warned panel members that even the non-junk debt could see $300 million to $1 trillion of credit-rating downgrades during the next downturn.

Put simply, the most powerful group of financial regulators on the planet is preparing for a potentially $1 trillion default cycle in the corporate sector…

They know, that this mess is Subprime 2.0… and that it, like subprime mortgages in 2007-2008, is going to trigger a market meltdown.

Indeed, the Junk Bond ETF has broken its bull market trendline… AND been rejected by former support. 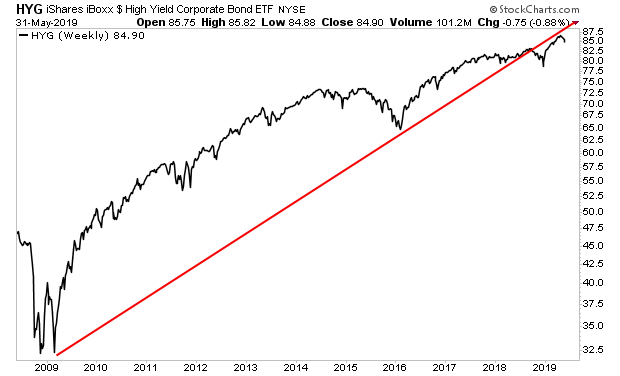 So what happens to stocks, once this bubble bursts?

We’re going to find out soon… 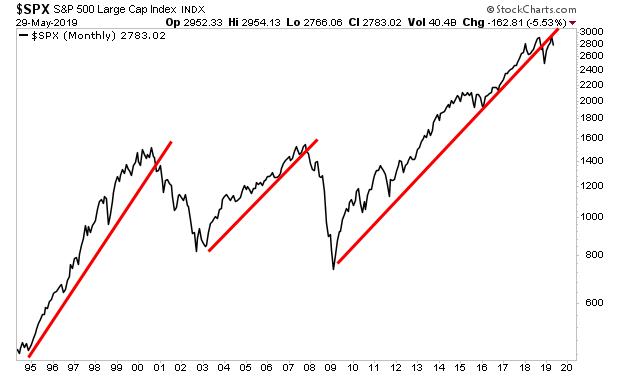 And when it does, smart investors will lock in TRIPLE DIGIT… and possibly even QUADRUPLE DIGIT RETURNS.

As I write this, there are only 7 copies left.