The Upside Target For the Bounce… and What Comes Next

2)    The markets were at critical support and were due for a bounce (blue line).

3)    Fed officials offered to cut rates if needed to “sustain the expansion.”

4)    Funds were forced to cover their shorts as stocks caught a bid.

The S&P 500 is now within a clear downward channel (red lines). Given how much verbal intervention the Fed is throwing at the markets today we might break out of this channel to the upside and see this move continue for a week or so more.

But I would not count on stocks exceeding critical resistance (purple line) around 2,900. 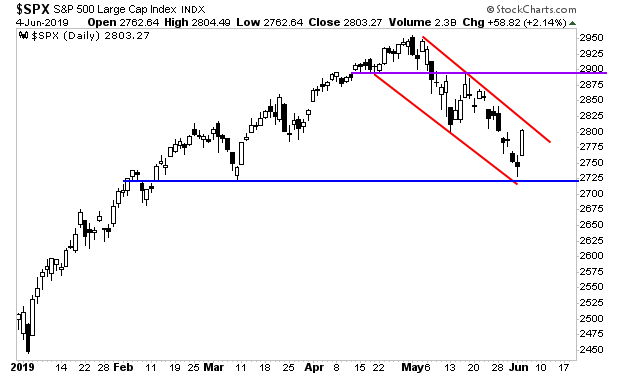 This is right around where Junk Bonds (blue line in chart below) suggest stocks should be today. 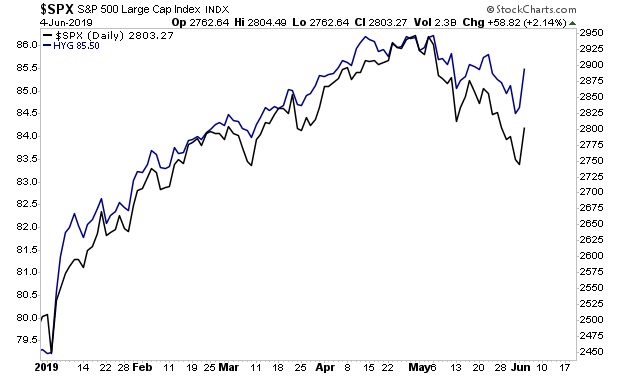 Think of this as the “final gasp” before the plunge.

The markets remain convinced that China and the US will be able to reach a trade deal (they won’t)… and that the Fed will somehow create new bull market by cutting rates (it won’t).

Come the end of June, the markets will have realized NEITHER of these are true. And that’s when stocks will realize what bonds have been saying for weeks… that the economy is moving into a contraction… and it’s going to take a LOT more than rate cuts to turn it around. 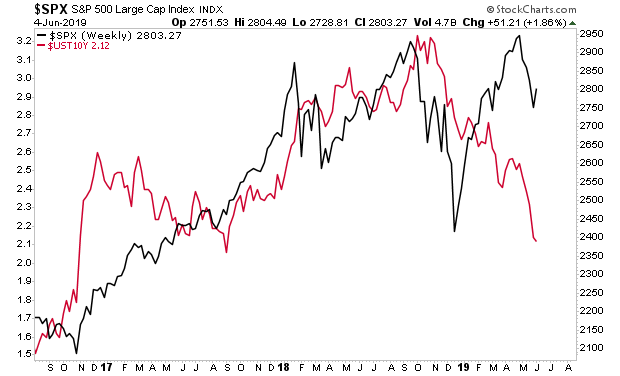