A break higher here would open the door a retest of the all-time highs. 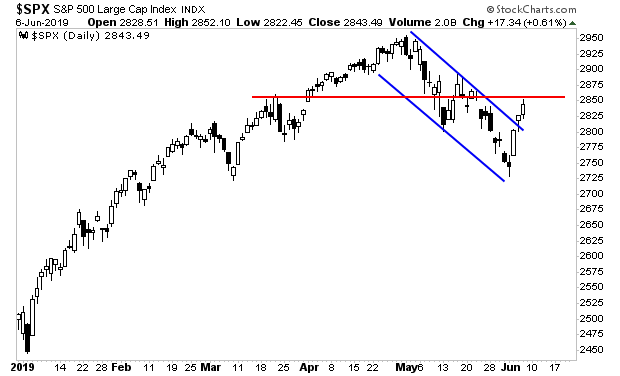 Given the Trump administration’s propensity for suggesting bullish developments at critical moments… I’d wager we’re going to see some kind of “negotiations are going great with Mexico” announcement on Sunday… to insure stocks break that line and move higher. 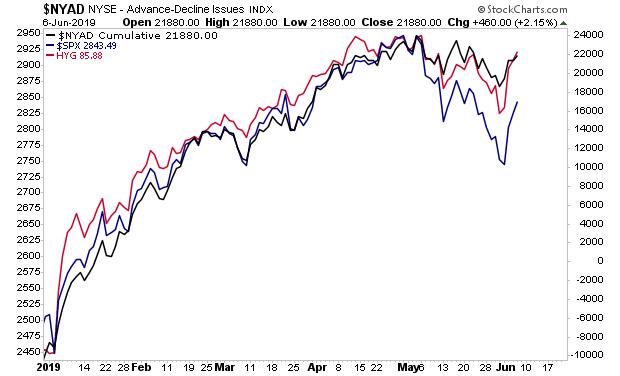 It’s ridiculous, I know… but that is the deal for now.

Because the big drivers for the stock market are hopes of a trade deal between China and the US at the G-20 meeting in Osaka Japan… and hopes that the Federal Reserve will cut interest rate this month.

Both of these items will likely disappoint… in a BIG way…

That has not been the case. Treasury yields have continued to drop, telling us that the economy is weakening rapidly… and that NO trade deal is coming. 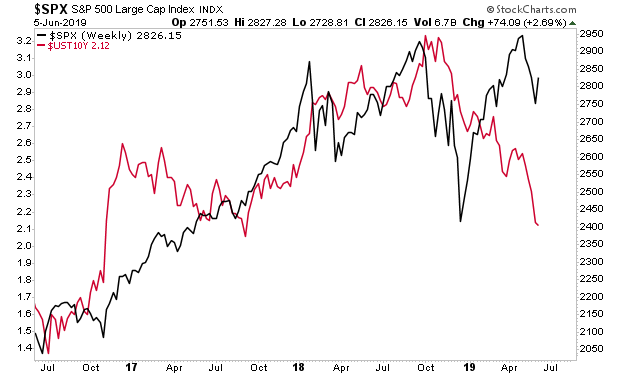 In contrast… the Fed cannot cut rates with the S&P 500 within 5% of its all-time highs.

Yes, the Fed is now in the stock market promotion business… but cutting rates with stocks above 2,900?

That seems a stretch. 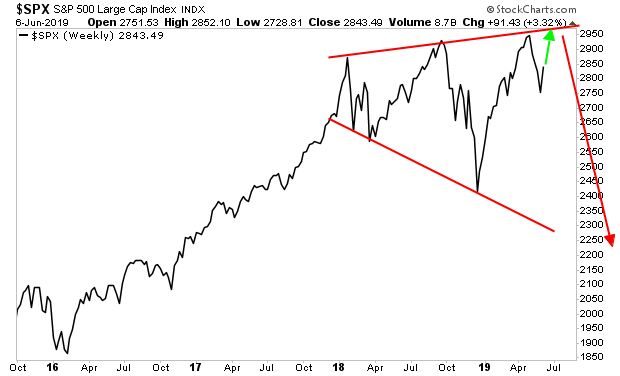