What Are the Odds that Bonds, Copper, and Fed Ex Are Wrong About the Economy?

Stocks have now cleared the all-important level of 2,900 on the S&P 500. The index just peeked above critical resistance (top red line in the chart below).

Overbought and overextended, stocks are now due for a correction/ consolidation. It would be completely normal to see the S&P 500 fall to retest support at 2,850 here (blue line in the chart below). 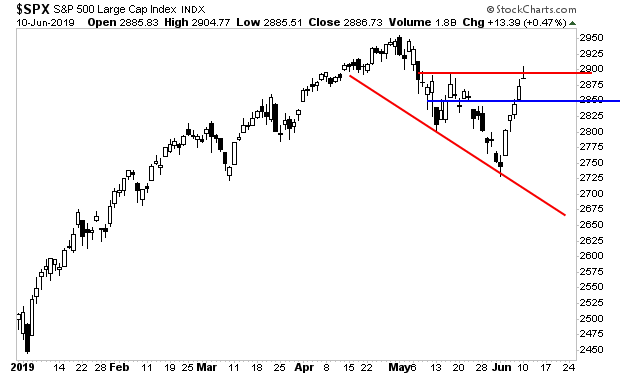 After this, the issue becomes… do stocks explode higher to new highs… or was this entire rally just a dead cat bounce. What happens at that blue line will be the answer. 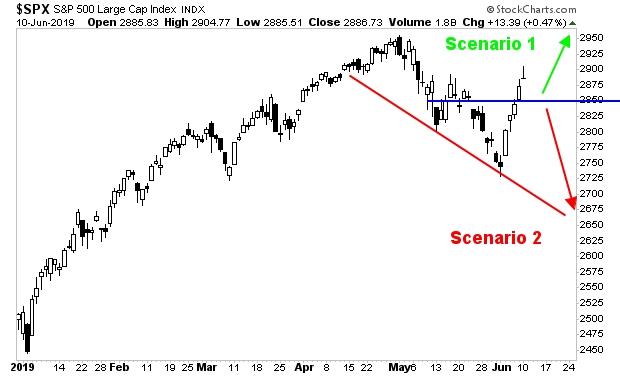 A lot of this hangs on the Fed, which meets June 18th-19th (next Tuesday and Wednesday). The stock market has rallied based on the notion that the Fed will cut interest rates… AND that doing so is a good thing.

Unfortunately for the bulls… there is the chance that the market interprets a rate cut as a BAD thing… because it would signal that the US economy has rolled over.

Bonds have already suggested the latter situation is the case… the yield on the 10-Year US Treasury has COLLAPSED… suggesting that the real economy is in BAD shape. 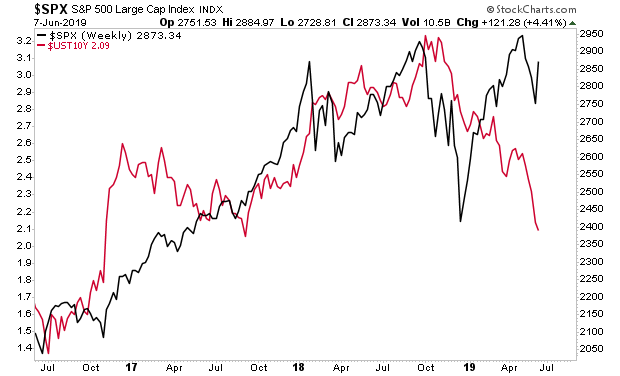 This alone is a problem… but when you consider that Copper, Fed Ex, and other assets that are closely associated with the real economy are saying the same thing (S&P 500 at 2,400s) it becomes REALLY WORRISOME… 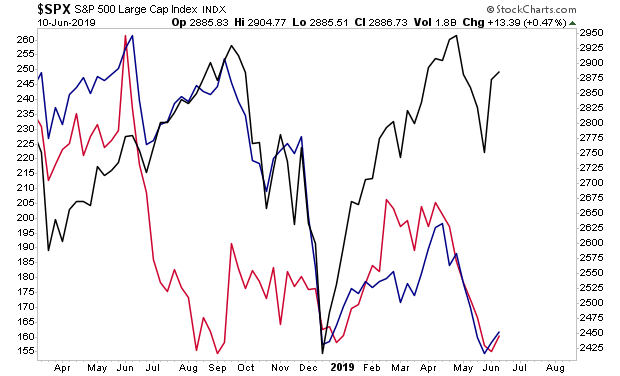