Can the Fed Ease the Economy Back to Growth? History Says No

The Fed meets today and tomorrow.

Based on hopes of a rate cut, traders are attempting to force a breakout in the stock market. 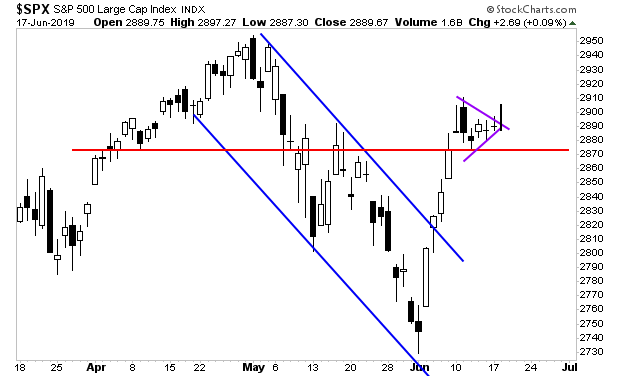 As I write this, the market is attempting a breakout… but we need to see follow through here for this to be a confirmed move.

Breadth, which leads price, suggests the final upside target is somewhere around 2,940 or so on the S&P 500. But if we get to that level, the market might as well push for a new all-time high. 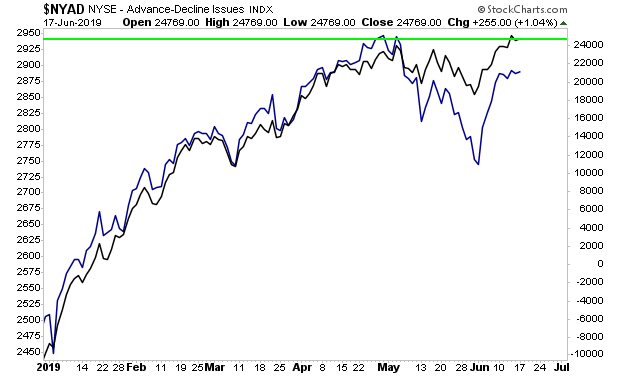 What happens then remains to be seen… but the fact that the market is rallying largely on hopes that the Fed can somehow ease financial conditions enough to overcome a global contraction is an EXTREMELY dangerous environment.

The last two times the Fed eased into a contracting economy stocks lost ~50% in the following 12 months. 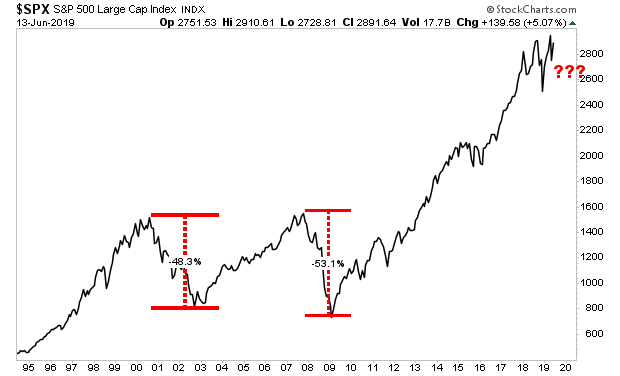 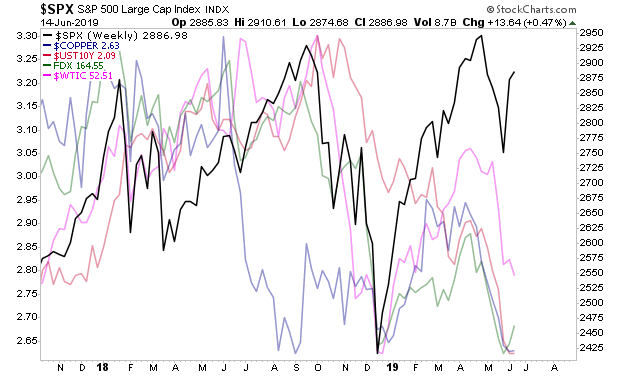 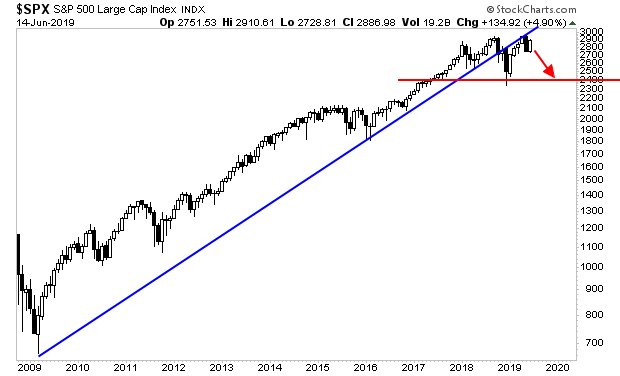