The Markets Are Now Perfectly Primed For Disappointment

The markets surged on the Fed announcement of NO rate cuts because the market now believes the Fed is GUARANTEED to make a MASSIVE cut in July. 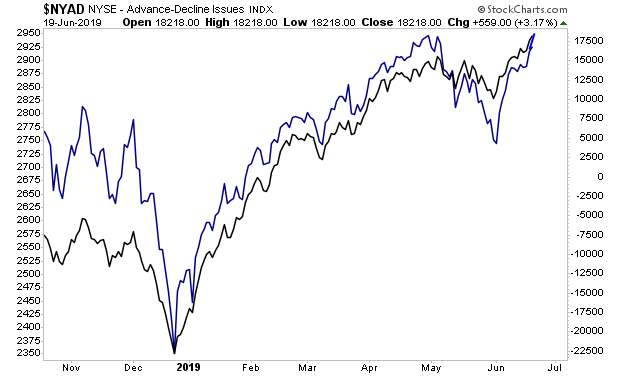 Between their expectation of a MASSIVE rate cut from the Fed in July… and hype and hope of a trade deal between the US and China at the G-20 next week, the markets are primed for MAJOR disappointment.

The Fed did NOT promise a rate cut yesterday. It removed the word “patient” from its statement and stated “uncertainties about this outlook [strong growth and 2% inflation] have increased…”

Nowhere… and I do mean NOWHERE did the Fed say a rate cut was coming. Fed Chair Jerome Powell himself didn’t even hint at a rate cut during his Q&A session stating that “we’d like to see more going forward” before changing course.

Meanwhile, the markets are SCREAMING that the economy has rolled over. The bond market is telling us the S&P 500 should be 17% lower today. 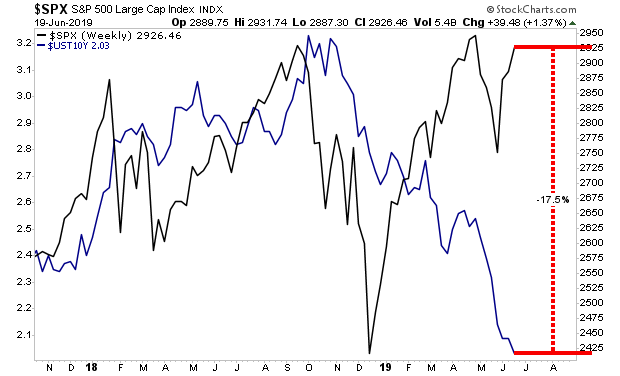 Ignore this all you like, but bonds were right in December… and they’re going to be right again this time. 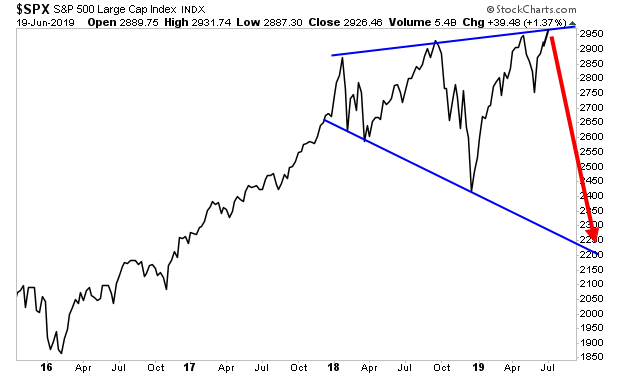