You would do well to ignore the rally from yesterday.

This is a holiday week. Trading volume is EXTREMELY light with most of Wall Street already on vacation. Those traders still at their desks are playing games with the futures market.

That’s really it. There is nothing fundamental driving the rally, at all. Yesterday while stocks went to new highs, it was announced that:

2)   The U.S. Federal Reserve is likely not cutting interest rates in July.

At the end of the day, all of this is one gigantic head fake. The S&P 500 has broken its bull market trendline (red line in the chart below). Try as it might, it has FAILED to reclaim this line. 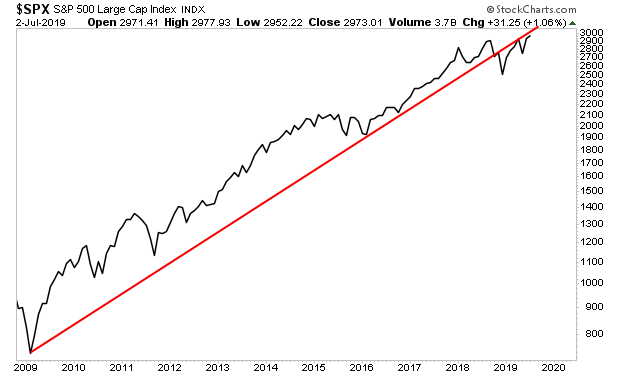 We are now within a clear megaphone pattern here (purple lines in the chart below). We WILL revisit the December lows at some point this summer. Whether it’s because of a war with Iran, the realization that the Fed won’t ease monetary policy, or the US/ China trade deal breaking down again, it’s going to happen. 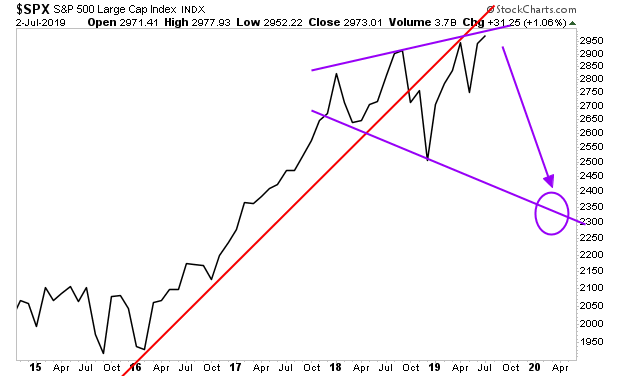 Let’s be clear here… the stock market is in major trouble.