The Hype and Hope Ends This Week

The two biggest catalysts for the stock market rally are over.

2)   The hope of a Trade Deal between China and the US.

Regarding #1, the Fed June meeting resulted in no rate cuts. And last week’s jobs numbers greatly reduce the likelihood of a rate cut hitting in July.

Moreover, the Fed doesn’t meet in August. Which means the soonest the Fed would be able to cut rates would be September.

Regarding #2, the much-hyped meeting between Presidents Trump and Jinping at the G-20 meeting came and went. Despite all the hype and proclamations of success, a Trade Deal was not reached. In fact, it looks as though whatever points were agreed upon have already fallen apart.

This means… we are now in the window for a major market drop.

Stocks are completing their second bearish rising wedge formation of the year. The last one occurred right before the May drop. Given that this second wedge was both shorter and faster, the move will be even more violent. 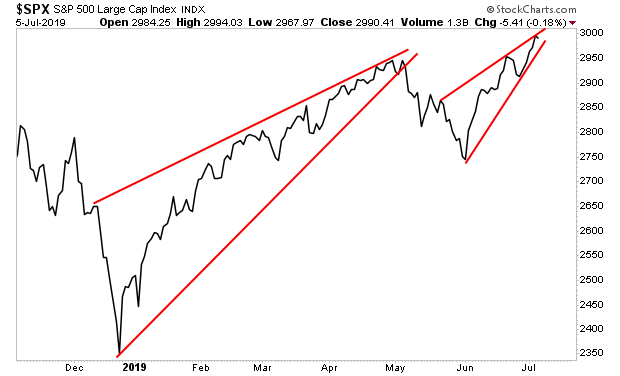 Indeed, this is happening right as stocks slam into the overhead resistance on the megaphone pattern (blue lines) that stocks have formed over the last three years. 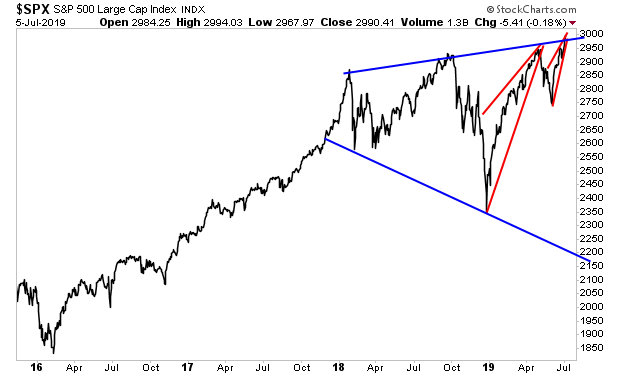 Stocks should now drop to 2,900. But if they can’t hold that level, the door opens to something TRULY nasty. 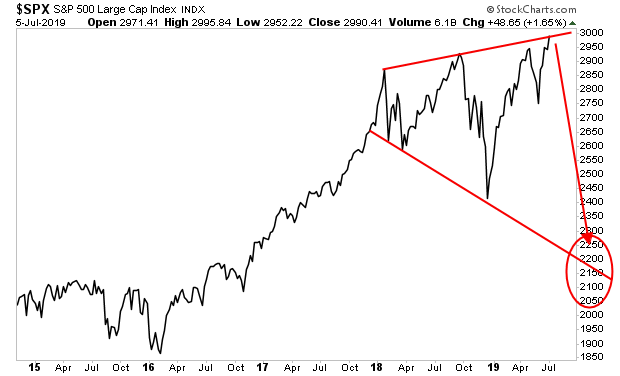