Forget everything you hear on the news.

The Fed is pumping its BRAINS OUT.

The Fed is now expanding its balance sheet at a pace of $100 billion per month.

Yes, $100 billion, despite the fact its official QE program is only $60 billion.

On an annualized basis this means the Fed is now funneling over $1 trillion into the financial system every year.

And it’s igniting the last great bull market of our lifetimes.

All around the world, stock markets are breaking out to the upside.

Brazil has broken through resistance (red line) and erupted to new multi-year highs. 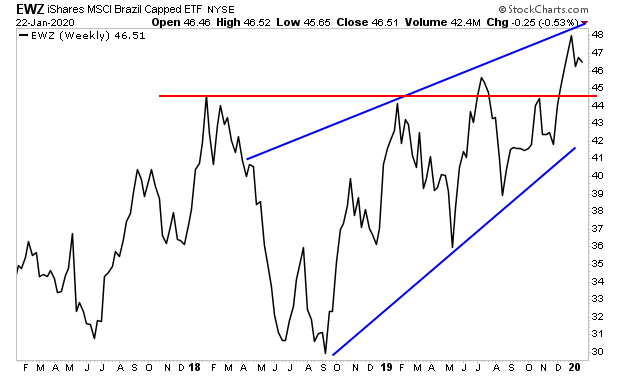 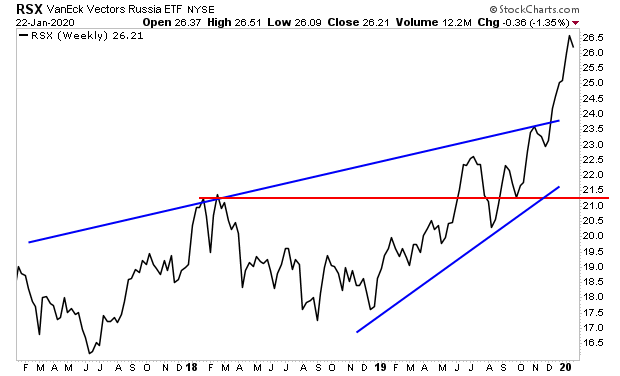 Even Mexico, which has been left for dead by investors for years, has broken its downtrend and broken out to new 52-week highs. 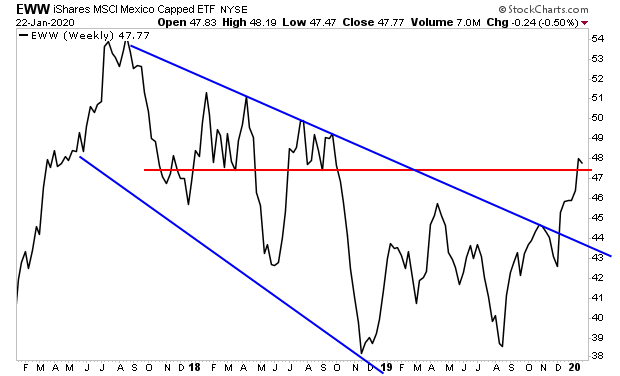 Look, there’s no reason to overthink this. Central Banks are panicked and have started the printing presses again.

And it’s going to lead to the last great bull market of our lifetimes.

On that note, today is the last day our Special Report The Last Bull Market will be available to the public.

In it we outline how the bull market will unfold… which investments will perform best… and a unique play on stocks… a single investment… that has already returned 1,300%. And we believe it’s poised to more than TRIPLE in the next 24 months as the stock market roars higher.

We extended our deadline for this report based on the market hitting new all time highs last week, but this is IT. No more extensions.

To pick up one of the last copies…swing by: